I was so tired today! I attribute it to staying up a little too late cooking and prepping, after already getting home later than usual because of training, then having to shower and do my hair. I'm not going through coffee or caffeine withdrawals because I had cut out coffee starting early this week, and switched to black tea. So I had a lot of tea today!

Breakfast was the same as yesterday, Okinawan sweet potatoes, Aidell's chicken sausage, guac and Taylor Farm's kale salad. I had brought an egg, but I was pretty full so I saved it.

Lunch was home made chicken drumsticks, two of them, along with 2 cups of romaine lettuce, a few carrot sticks, about a tablespoon of olives and some homemade balsamic vinaigrette, along with a banana. I felt better after the fruit.

The afternoon wasn't so bad, I kept busy. I ended up eating the egg before I left the office because I was going shopping afterwards. I checked out the new Target and bought myself some new and compliant spices, went to Vim N'Vigor to find coconut aminos (no luck, the hunt continues), and then Foodland for some shopping.

Dinner was a big steak (probably 5 ounces), and green beans sauteed in ghee with some homemade ranch. I need to look for a new mayo recipe, the one from Whole30 was too salty and a little on the sour side from the lemon juice. I just got an email from no crumbs left so I will try out her recipe tomorrrow.

What went well today: Even though I was tired, I resisted all the Christmas snacks at the office, which I would have normally grabbed something for a quick pick me up.
What could have gone better: I could have had my lunch partner! But he was sick. I should have also brought a better snack, something with fat.
What I'll do tomorrow: clean and cook for the week!

NSV - I am stronger than my dragons. 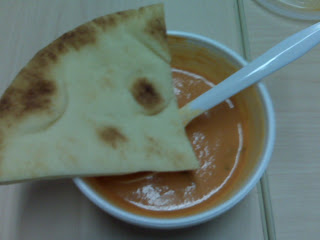